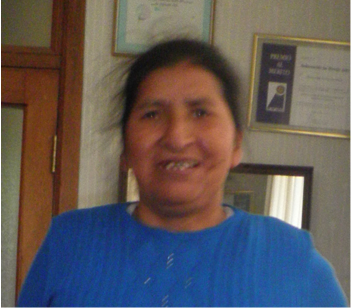 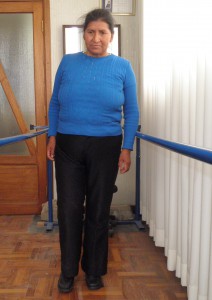 In 2004, doctors found a tumor in the sole of Cristina’s foot. Because she did not have the money to treat the tumor, she used natural remedies in order to treat the problem herself. But after a few years, Cristina’s entire leg began to swell. The tumor had become so large and caused such agonizing pain; that she was forced to leave her job as a schoolteacher because she was not able to function. Cristina sought treatment for her leg at La Paz which required over four months of care; however, the infection from the tumor was so advanced that ultimately the doctors had no choice but to amputate her leg.

On top of losing her infected leg; Cristina lost her job. She is a single 48 year old mother that needs to work to support her family.

Through our sponsorship, she got a prosthetic leg that has allowed her to return to school to work once again as a teacher without pain.