1. OUR PROGRAMS OUTSIDE OF THE UNITED STATES 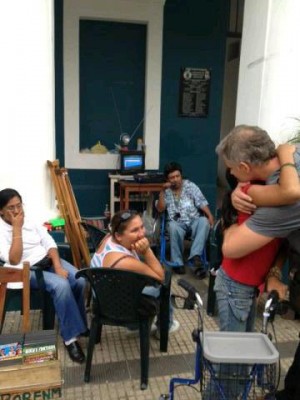 Elizabeth Bress was born without the fibula in her right leg due to a congenital disorder. Floreal  Gascon  from Ortopedia Gascon – a for profit company, was the prosthetist who helped  Elizabeth walk at 14 months of age. He fabricated a brace that would allow her to walk for the first time (this brace weighed four pounds alone). 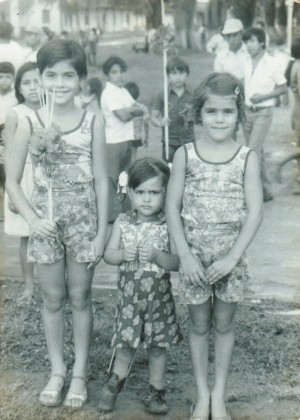 At the age of 10, Elizabeth and her parents were advised by Floreal Gascon that an amputation of her lower leg would be recommended on or before her 15th birthday – allowing for a prosthesis to be fit. This prosthetic leg would allow Elizabeth to perform normal day-to-day activities and play sports, to walk and play with her friends in school as well as to wear “normal” clothes that would improve her appearance and self-esteem. By the tender age of 11, Elizabeth had convinced (or forced) her parents to go along with the amputation and 8 months later Floreal Gascon provided Elizabeth with her first artificial limb.

Floreal Gascon’s compassion and understanding of disabled people in need perhaps began after he himself suffered a spinal cord injury at the age of 19.  The injury left him hemiplegic and in a wheelchair ever since.  That tragic experience and the difficult journey that followed only inspired him to pursue a career as a Certified Prosthetist and later owning and operating “Ortopedia Gascon” in Santa Cruz , Bolivia.

Sending out an SOS is honored to be working with Ortopedia Gascon.  Floreal has offered to give his time and expertise to low-income amputee’s we refer to him and charging us only for the cost of the materials to fabricate the prosthesis. We can’t thank Floreal enough for all that he has done and continues to do for the amputee community in Bolivia.

With limited funds, we must ensure that we are assisting those in dire need first so please have in mind, you MUST be a low income amputee to qualify. 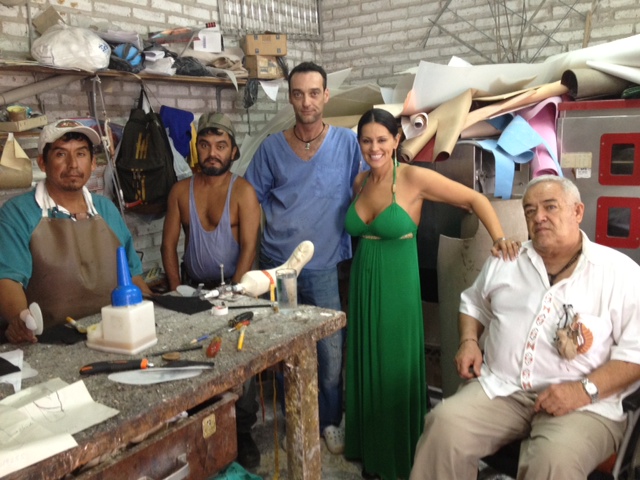 From right to left, Floreal Gascon-owner of Ortopedia Gascon, Elizabeth Bress, Prosthetist from France and the two Bolivian technicians

2. OUR PROGRAMS WITHIN THE UNITED STATES

ABOUT AMPUTEES IN UNITED STATES:

Sending out an SOS was founded in hopes of providing assistance to low-income amputee’s around the world wherever there may reside. Our focus has been in Latin America, specifically in Elizabeth’s home town of Bolivia, because the lack of government assistance and minimal charitable foundations for this cause in her country.

In order to help us in determining eligibility of an applicant, the following information will need to be provided: amputation history, consumers report request, insurance information (if any), federal income tax status and patient and prosthetist agreements. The review process takes up to eight weeks. During this time we will conduct a thorough screening process, review all information obtained and determine financial status.

To avoid conflict of interest, Sending out an SOS, its founders and affiliations will not fit or fabricate a prosthesis, rather Sending Out An SOS will be responsible for consulting and negotiating with the patient’s prosthetist to determine a fee schedule and subsequent reimbursement of products and services provided. All negotiated terms will include 6 months maintenance for a new prosthesis.

Please keep in mind that we will need to qualify the amputee that is to receive financial assistance.  As harsh as that may sound, we must determine if that person meets the criteria set forth and is in need of financial assistance.  With limited funds, we must ensure that we are assisting those in dire need first so please have in mind, you MUST be a low income amputee to qualify.

Founders Elizabeth Bress and Jeffrey VonderHaar are hopeful that with the scheduled launch of Elizabeth’s book in November of 2014, where Elizabeth shares her story of life as an amputee, her struggles growing up in a third world country, her journey to North America, and her success as an entrepreneur, will only bring more attention and ultimately more donations to this cause that means so much to all of us.

In the end, none of our efforts are possible without donations from caring individuals and organizations.

Use this link Apply Now to download application forms then email them back us through our contact page. 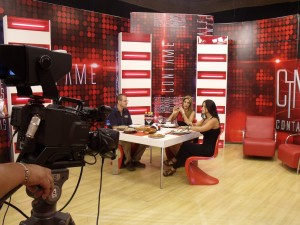