Ponciano was working in the fields 17 years ago when he was unloading heavy loads of crops from his truck. In an unfortunate turn of events, a runaway car came from behind and hit Ponciano, trapping him between the car and the truck. Ponciano has no recollection of what happened to him after the impact. Sadly, he woke up in the hospital with a missing leg.

Ponciano was rendered unable to work in the field, however, with the assistance of his family, he acquired a prosthesis that gave him the ability to walk. After 10 years of continual wear using the same prosthesis, the pain associated with using the worn out equipment had insufferable impact on his body. He now prefers not wearing it at all and chooses to suffer with the difficulty of walking on one leg.

With a new prosthetic provided by SOS, he lives pain free and is able to work in a different profession. 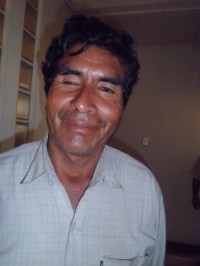